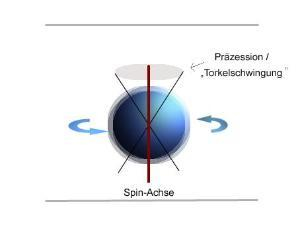 A ceramic carrier field has been built into the housing of the CHI-MainsPlug. This carrier has been treated quantum mechanically so that it harmonizes the effect of the electromagnetic fields of the mains line and of the devices connected to it.

Electrons and protons not only have a mass and energy, but they also generate vibrations. These are created by the rotation around their own axis (spin) and the respective precession. Similar to the Earth which does not rotate exactly around its own axis, but which instead shows unstable motion, the smallest parts also “stagger” in the shape of a double cone (precession).

In an electric circuit, electrons and protons are vibrating unsystematically, chaotically, and with a high charge. As a result, the vibrations released to the environment are disharmonious and intensive (electric smog).

Depending on how sensitively people respond to these vibrations, the human body fights them by means of stress responses which may vary according to the individual constitution. Even plants and animals react to electric smog. Cell water is the “reception medium” as water is highly sensible and has a good storage capacity. 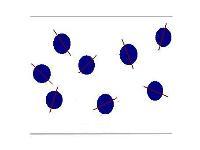 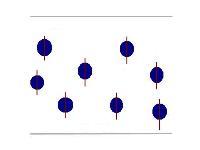 Under the influence of the CHI-MainsPlug, the rotating electrons and protons establish an interaction with its waves. The spin direction of the CHI-MainsPlug ensures that the spins in the copper cable are aligned according to the defined direction. At the same time, the precession motion of all parts is minimized.
This is called a coherent spin direction. It creates a harmonic field of vibration and destructive vibrations are kind of filtered out.

Comparable to dominoes, this coherent spin direction is passed on to the other rotating parts in the power cable and to the connected devices by means of magnetic coupling. The electro-magnetic field is thus neutralized in its effect on biological systems. The function of the device remains unaffected from this or is even improved (reduced perturbation potentials